The 50 Amazing World Facts – The Rubik’s Cube was invented in Hungary. To South Africa is called the “Rainbow Nation” because it has 11 official languages. Here at Pickon, Brush up your global knowledge with these 50 amazing facts about these countries given below.

Countries With The Most Supercomputers

Countries With The Most Billionaires

Future Of The Universe 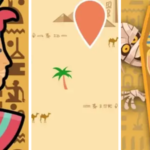