If you are fan of galaxy adventure then you can’t skip this Marvel Studios American superhero series. Guardians of the Galaxy volume 3 is on its way to release, probably till 2023. Upcoming volume Budget will be more than Dr. Strange Multiverse and Spider man. James Gunn confirmed that this volume. Will be the end of this series so expectations are way more high.

If you forgot what happened in volume 1 and 2 or struggling to remember then this quiz might be helpful for you.

Movie starts with a kid named Peter Quill who was kidnapped by gang of robbers has come from different galaxy. They trained him for years and now Peter is one of the best robbers. Yondu the gang leader gave him task to steal the infinity stone which has capability to destroy any galaxy from anywhere. Some others were behind that stone as well including the character of marvel series Thanos and Peter Quill group members named Gamora, Groot, Drax, Rocket. Later in the movie Peter group members fight against those who had bad intentions with that stone and wished to rule the universe.

Guardians of the Galaxy, where you can find the vol 1 and 2 of this movie 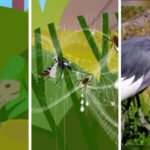